Please upgrade your browser to the latest version for a better experience. 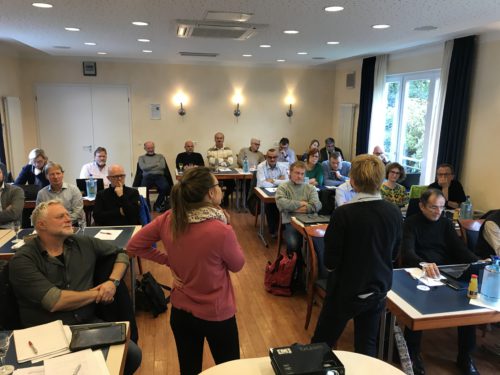 The 2019 General Assembly took place in Gross-Umstadt, Germany. It was hosted by the Kuratorium fuer Waldarbeit und Forsttechnik e.V. (KWF e.V.) which is also the seat of the German National Agency and, most recently, the official EFESC secretariat.

Once again more than 30 delegates from ten different countries all over Europe attended the two-day-meeting.

This year the General Assembly was therefore held under the banner of EFESC’s transition from project to full-fledged organization. EFESC has now established an official secretariat based at KWF e.V, Germany. As part of its transition, EFESC is also developing and implementing an ever more rigorous quality insurance system.

As EFESC is advancing so are training and assessment methods. Several members have presented vocational training projects that integrate digital and virtual reality tools into forestry training.

EFESC makes use of functional and statistical cookies. More information